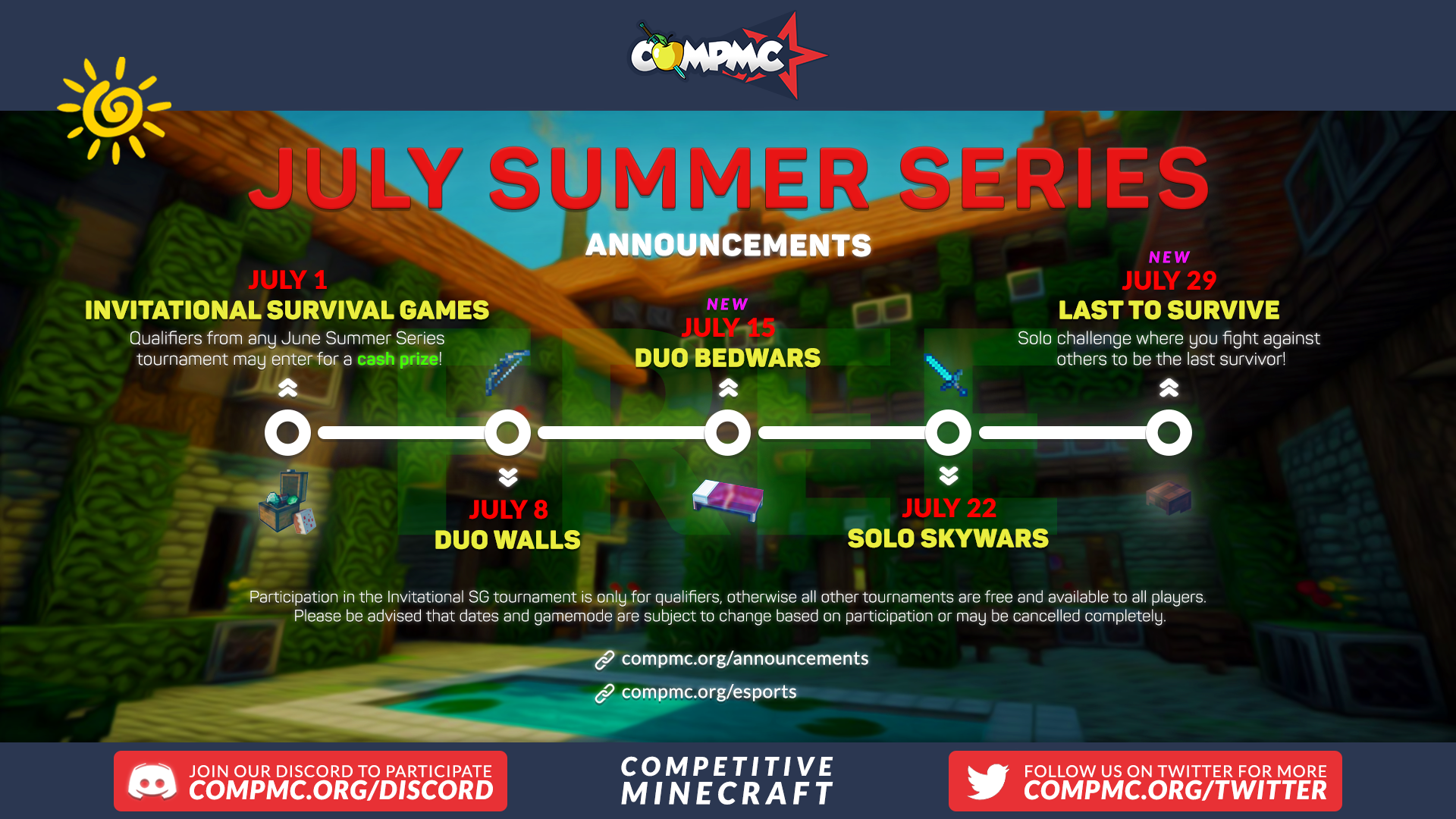 Join us for our second month of Summer Series of events in July! Every Thursday you can sign up to compete in free online tournaments open to everyone! These will feature some of our classic gamemodes such as skywars, capture the wool, survival games, and more. Scoring will be kept and there may be invitational tournaments available later this summer.
The Walls is a PvP gamemode that takes back Minecraft to its roots: crafting, surviving and creativity. The map is separated by giant sand walls, players start each on their own platforms and when the timer reach 00:00, the walls falls and the player can kill each others. The last man or team standing wins the game. Four teams fight each other for victory after 15 minutes of preparation. During preparation, work as a team to collect resources, so you can build large defences & craft armour and weapons.

Rules: (in addition to compmc.org/rules)
No Cross teaming
No breaking any sand blocks that are designated walls
No leaving your zone delimited by bedrocks.
No building over the sand walls height or block glitching to get over

Format:
Every player/team will play a total of 2 official matches. The top teams after that will then compete in 1 final match. Seeding will be generated randomly. You may sign up as a solo, but will be given another teammate granted a different solo registers for the event. (subject to change based on number of signups)